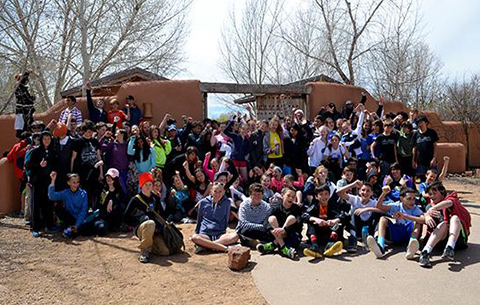 Pledges raised by the run go into an endowment at the Santa Fe Community Foundation; the interest is directed by a student committee toward eligible recipients. The Run was founded under the direction of former Prep teacher and coach Fred Maas, who joined the Prep middle school runners at lunch in the Commons after they returned to campus.

Thank you to everyone who participated and especially to the following students who were responsible for putting together this event as part of their TAP:  Anna Bennett ’16, Erik Birk ’15, Alisandro Fernandez-Leger ’18, Danny Laposata ’17, Alex Mundt ’17, Sage Shahi ’15, Rachel Sidebottom ’16, Luc Simard-Halm ’17, Max Thurston ’15 and Lucas Warner ’16.